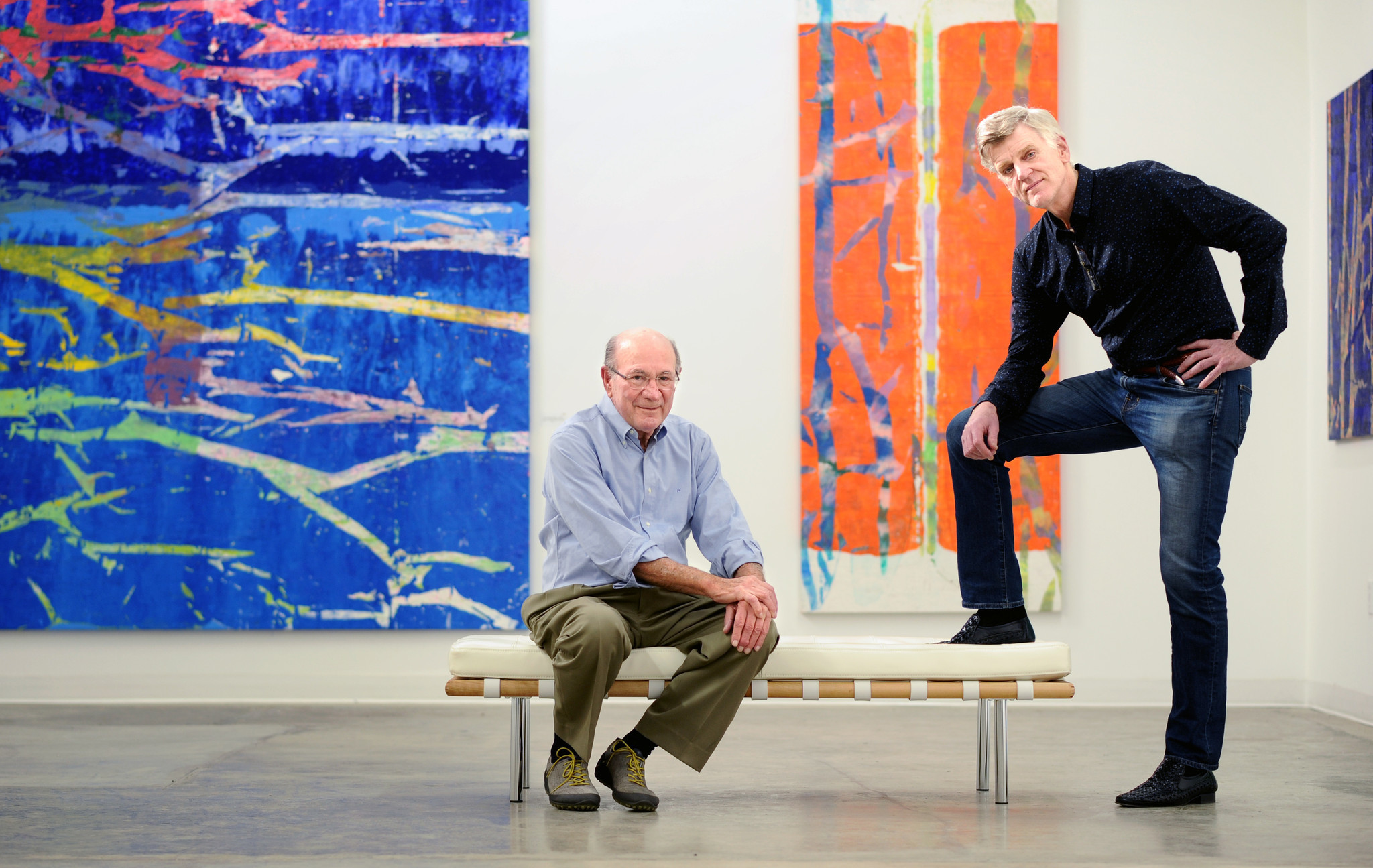 You might remember Peter Hastings Falk from his rediscovery of the work of Arthur Pinajian an illustrator who had secret stash of art work that was discovered after his death. The New York Times story about that work attracted the attention of Pedro Cuatrecasas whose elder brother, Gil, had left a storage unit in Washington, DC filled with 400 works from his most important creative period.

Gil Cuatrecasas, who was a leading light of the Washington Color School in the mid-1960s before moving back to Spain and all but disappearing after his first solo show at the Corcoran Gallery of Art in Washington, D.C. After Cuatrecasas’ death in 2004, his brother, Pedro Cuatrecasas, discovered 400 of the prolific painter’s massive canvases languishing in a D.C. storage unit.

[…]”Rediscovered Masters: The Cuatrecasas Discovery” is on display at the CB1-G gallery in downtown Los Angeles through Feb. 27. The show consists of canvases Gil created between 1970 and 1976 while living in his aunt’s villa in Turin, Italy. […]

The work that got Gil noticed in the ’60s after being a graduate student of famed color theorist Josef Albers at Yale University School of Art, was good but not necessarily better aesthetically from his peers including Gene Davis, Thomas Downing, Sam Gilliam, Kenneth Noland and Morris Louis. Not until Gil retreated to Spain and eventually to Turin did he uncover his true gifts, Falk says.