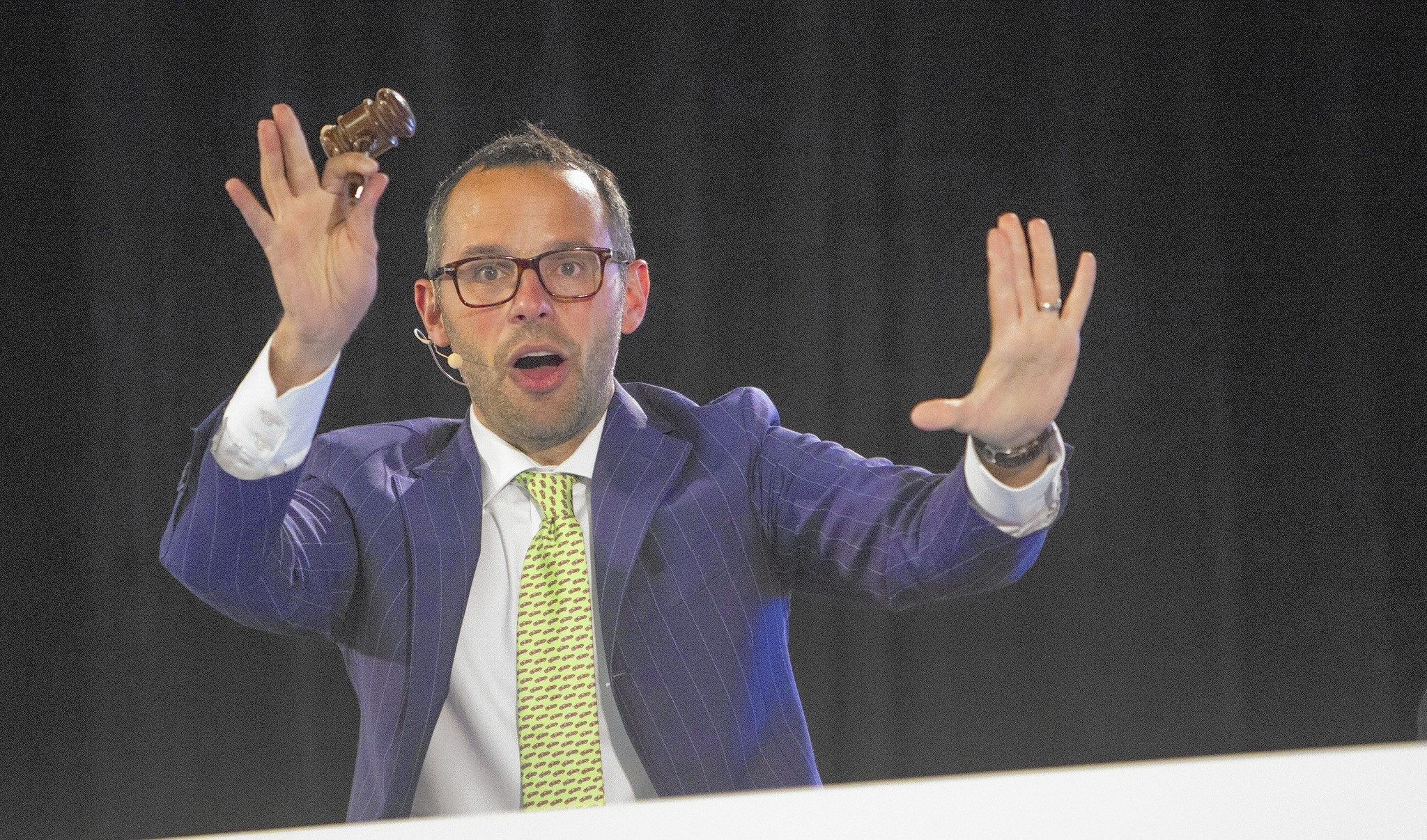 There has a been a changing of the guard in the most prominent auction boxes around the world. Tobias Meyer (the wunderkind), Simon de Pury (the salesman) and Christopher Burge (the avuncular master) have all stepped down in recent years. And though there are a few old hands still ably spotting bids and figures like Jussi Pylkkanen emerging as global stars, the auction trade needs an exciting new face … and voice.

This weekends classic car sales in Monterey were meant to be a wash with 2014’s astonishing totals. But it is looking like the combined results will greatly exceed all previous years. RM Sotheby’s alone did $172m in sales. And its cheeky auctioneer, Max Girardo, is emerging as a stand out talent who could sell much many more categories than cars:

“Are you waving at me, sir, or bidding on a Jaguar?”

Returning to his audience, at one of the most highly anticipated automobile auctions at this year’s Monterey Car Week, he chastised a reluctant bidder: “Are you asking your wife, sir? Not a good idea.” To a third player, who’d just been outbid and was pained to go higher, he admonished: “If it was easy, we’d all be driving Ferraris, wouldn’t we?”

The jest drove up the bidding. Seconds later, certain he could do no better, he rapped his gavel on the lectern and, smiling broadly and clapping, said to the winner,at $462,000, “Sold! Congratulations! Well done! Your car!”

The Los Angeles Times zeroes in on Girardo, the multi-lingual auctioneer who might just be the best part of Sotheby’s acquisition of RM:

Of the men and women auctioning off vehicles on the Monterey Peninsula, none is more colorful or effective than Girardo. By turns worldly, winsome, cheeky and coy, he ismultilingual with a dry wit and a clipped British syntax, moving cars more entertaininglythan his competitors.

The RM auction in Monterey was listed as the most popular event of the entire car week in a2014 poll by the Monterey County Convention and Visitors Bureau — even more popularwith more people than the famed Concours.

“He’s a very unique auctioneer, and he has a huge impact on the bottom line,” said Hagerty’sJonathan Klinger.

“He has an amazing rapport with the audience,” said Larry Edsell, editorial director of the online publication ClassicCars.com. “He can say things to these very wealthy people who you’d think would storm right out of the room. But they don’t.”