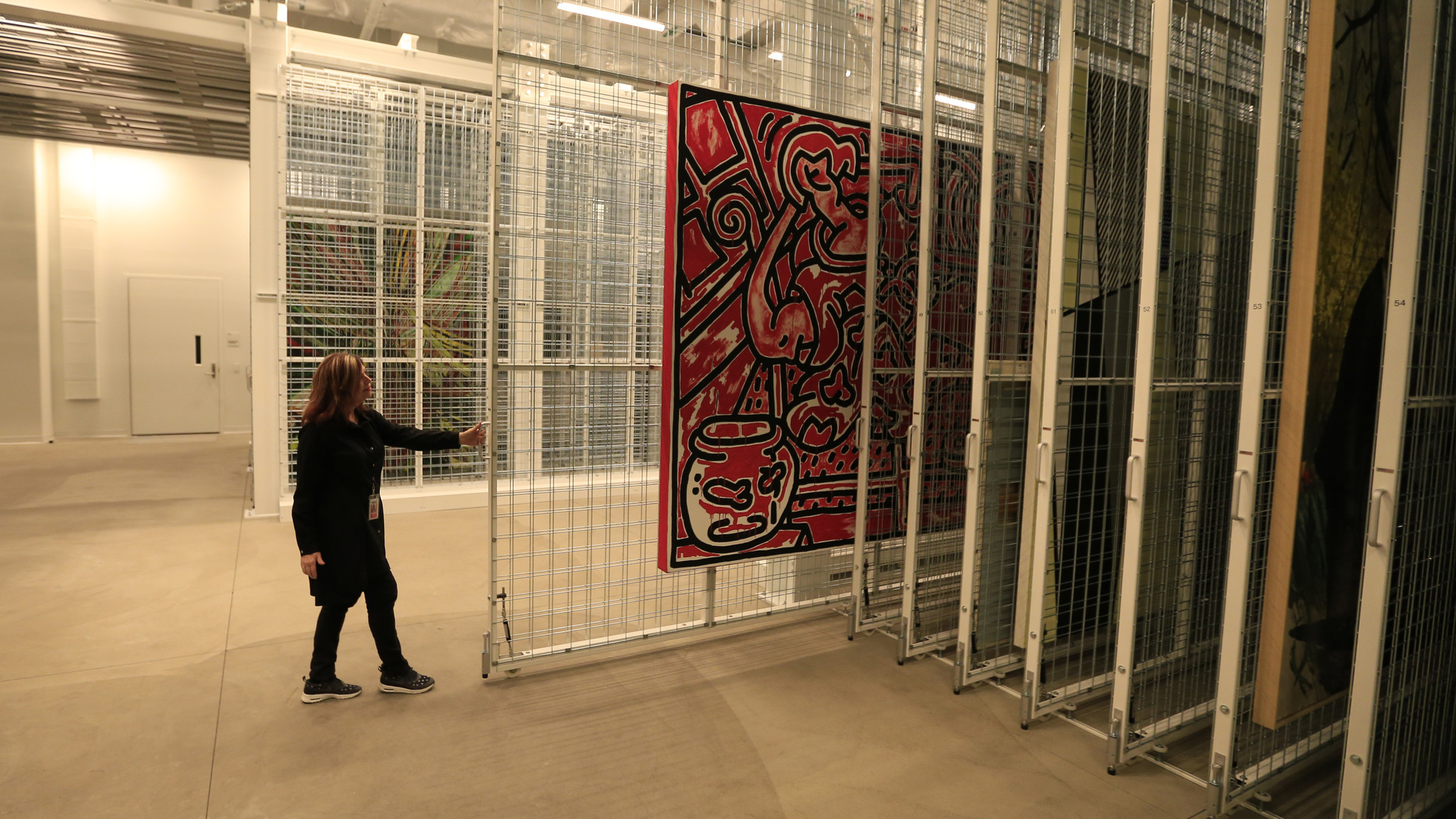 The Broad Museum is being built around its open storage thus fulfilling Eli Broad’s vision of a museums that are truly accessible:

“It’s a glimpse into what really goes on here,” Broad Founding Director Joanne Heyler says on a walk-through. “You’re getting a view of the full spectrum of what happens in a museum, not just what’s been pre-curated for viewing.”

In the Broad’s vault, workers will be carrying on as usual, carting objects in and out as needed — a pioneering change in the art museum world, she says.

It’s already a hub of activity as workers prepare for the museum’s debut. Staffers wheel a dolly carrying a seminal work by Keith Haring, still in its crate. “Red Room,” a masterwork from late in the artist’s career, is being transferred to its new home from an L.A. storage facility. The piece, which references art history and grew out of 1980s street culture, is taking its rightful place inside the city’s newest major institution for contemporary art.

With 21,000 square feet of collection storage space, the vault was conceived as the heart of the $140-million museum. It allows the Broad to store or exhibit 99% of its nearly 2,000-object collection on-site, where it’s all surprisingly accessible to the staff. That’s a game-changer logistically for the museum, as planning exhibits and lending works to other institutions will be far easier, giving the collection more international play.