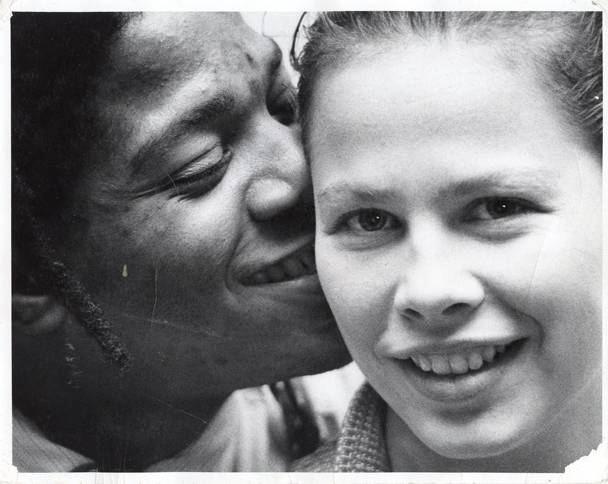 Vanity Fair has a slideshow from Jonthan Brown’s LeadApron gallery and it’s show of Jean-Michel Basquiat’s personal effects acquired from Kelle Inman who was Basquiat’s girlfriend when he died:

Inman and Basquiat met when she was working as a waitress at Nell’s; two days later, she was living with him. “She didn’t really know who he was,” says The Radiant Child director Tamra Davis, who knew Inman during the relationship.

“My sense is she wasn’t starstruck, per se—more than he was someone in need,” adds Brown, of their relationship. All of the objects in the collection, given to her by Basquiat, belonged to Ms. Inman (who passed away in July). “Some of it has his handwriting on it; and some of it doesn’t, so it was difficult to authenticate outside of Kelle’s word­—though everybody knew she was with him. There were pictures of them together; notes written to her, so there was no reason for her to manufacture anything,” he says.